Mad as a March Hare


'What sort of people live about here?'

'But I don't want to go among mad people,' Alice remarked.

The phrase, Mad as a March Hare has been in continuous use in the language since the 16th century. It appeared in the writings of John Skelton as early as 1528 and it was well-enough established by 1546 for John Heywood to include it in his collection - A dialogue conteinyng the nomber in effect of all the prouerbes in the Englishe tongue.


It is reported in The Annotated Alice by Martin Gardner that this proverb is based on popular belief about hares' behavior at the beginning of the long breeding season, which lasts from February to September in Britain. Early in the season, unreceptive females often use their forelegs to repel overenthusiastic males. It used to be incorrectly believed that these bouts were between males fighting for breeding supremacy. This behaviour is shown and discussed in the BBC video above. 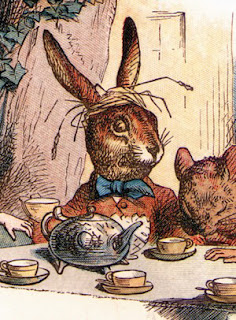 The March Hare in Tenniel's 1846 illustration is represented with a straw on its head, which  is often cited as having been a symbol of madness, or at least of brainlessness as may be seen in Frank Baum's Scarecrow of Oz. 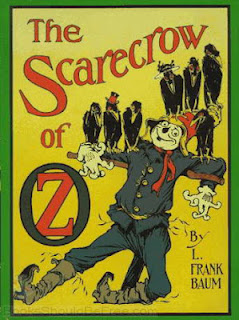 
The history of Walt Disney's association with Lewis Carroll's Alice books stretches all the way back to 1923, when Disney was still a 21-year-old filmmaker trying to make a name for himself in Kansas City. He made a short film called Alice's Wonderland, featuring a live action girl interacting with cartoon characters.

Finally a more streamlined and less complicated approach was used for the design of the main characters. The concept art that led to the final 1951 animated version that we know as Alice in Wonderland was by Mary Blair who took a Modernist approach to her design of Wonderland, creating a world that was recognizable, and yet was decidedly "unreal." Blair's bold use of color is one of the film's most notable features.

I think I may embark on a painting of 'boxing' mad March Hares.

Going off at something of a tangent ... while researching images to illustrate this article, I came across a lesser known book illustrated by Arthur Rackham. I reproduce the title page below of The Zankiwank and The Bletherwitch by S. J. Adair Fitzgerald, since it prompted a very British snigger and the observation that the verb (which is so apparent to modern eyes in the title) was coined as recently as 1950, based on the noun that Partridge's Dictionary of Forces Slang dates to 1948, and as such would have been entirely unknown to Mssrs Rackham and Fitzgerald. 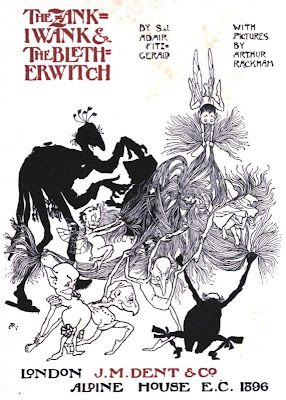 Posted by Charlie Farrow at 4:27 pm