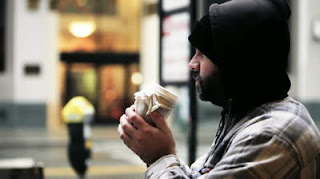 This is a story that appeared in my news feed on Facebook and appears to be going viral. I thought it was rather heart warming but wondered whether it was for real.

"We enter a little coffeehouse with a friend of mine and give our order. While we're approaching our table two people come in and they go to the counter.

'Five coffees, please. Two of them for us and three suspended'

They pay for their order, take the two and leave. I ask my friend, 'What are those 'suspended' coffees?'

'Wait for it and you will see'

Some more people enter. Two girls ask for one coffee each, pay and go. The next order was for seven coffees and it was made by three lawyers - three for them and four 'suspended'. While I still wonder what's the deal with those 'suspended' coffees I enjoy the sunny weather and the beautiful view towards the square in front of the café.

'Do you have a suspended coffee ?'

It's simple - people pay in advance for a coffee meant for someone who can not afford a warm beverage. The tradition with the suspended coffees started in Naples, but it has spread all over the world and in some places you can order not only a suspended coffee, but also a sandwich or a whole meal."

It seems that it is an Italian tradition that has been around for some time. This blogger witnessed it in Naples in 2011 and identified it as a form of dignified charity, giving this explanation:


“Right after the war, many gentlemen had lost everything they had, and couldn’t even afford coffee. Now, being that black hot liquid pleasure not considered a treat, but rather a basic human right in the life of any Neapolitan, those gentlemen who could still afford to have one, took a habit of paying for two: one they drank, the other was credited, to be had by the first less fortunate peer who would casually walk in the bar. The bartender would then say: “would you like a coffee, sir?”

Which meant: there is a coffee paid for you, if you can’t afford one. The donor and the recipient would remain anonymous to each other, to protect generosity, pride, and the pleasure of coffee beyond hardships.


Although I think food rather than coffee is the priority; a hot drink can be a wonderful boost.

At a time when so many people are struggling, it seems to me to be helpful, to publicise ways that those of us who are fortunate enough not to have to rely on benefits can help others - without compromising their dignity. 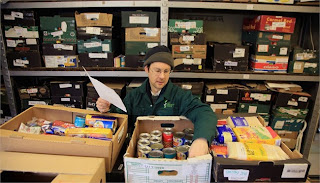 My local newspaper the Newbury Weekly News reported the official opening of a food bank this week. The occasion was graced by a former archbishop to 'open' it, but the Baptist Church in Cheap St has been doing a wonderful job for some time. I am made slightly anxious about the mention in the news report of people being 'referrred' to the Food Bank now that it's under the management of the Trussell Trust. The Baptist Church used to give it to anyone who turned up twice a week for a hot meal. I hope people can 'self refer' and won't have to be in the system in order to get help. The new distribution points are the Salvation Army in Northcroft Lane, Newbury, The Baptist Church in Thatcham and the Methodist Church in Hungerford.

I'm glad the Food Bank is getting publicity and good people will donate, but the irony is that food brand owners have mountains of unwanted stocks, that are surplus for so many reasons (short codes, packaging redesign, a promotion that has expired but not the shelf life etc) but they don't want to release this perfectly good stock into their regular distribution channels at discounted rates because it erodes brand values. So the brand owner has basically got 4 options.. They can:
It breaks my heart that fourth one, the model set by Second Harvest and Fare Share, is not universal and the most obvious route for a brand owner that cares about their corporate reputation.

It's something I researched and had quite a bit published on a few years back, and it still astonishes me that it is primarily individuals that contribute the actual food, not companies and that it is churches organising the distribution points.

The link given in the paper for cash donations to the Food Bank doesn't appear to be linkable to directly (what genius designed that?) but if you go here http://www.findmeagrant.org/wberks/browse.aspx and search for the keyword WB10419 you should arrive at a page where you can donate with Gift Aid. 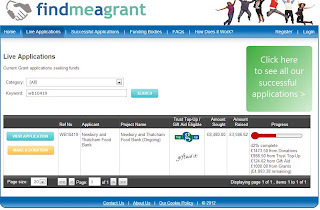 Donations in cash or cheque payable to CTNA and tinned food donations can be left at the West Berkshire Food Bank, 4-8 The Broadway, Northbrook Street, tel 01635 760540, email info@westberks.foodbank.org.uk. and I imagine you can still take tinned food and donations to the Baptist Church in Cheap St as before.

There's a Suspended Coffee Facebook page which is campaigning to get people to urge their nearest coffee  shop to get on board.
Posted by Charlie Farrow at 6:10 pm

Email ThisBlogThis!Share to TwitterShare to FacebookShare to Pinterest
Labels: food