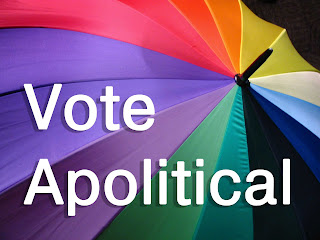 The Council seem hellbent on getting rid of the market. They seem to want to turn the town into the next Basingstoke. Who has been consulted on this? The people we speak to don't want the town changed, they want us to stay as a nice little market town.

The traders and shopkeepers tell us they are frustrated by excessive customer parking charges and that the Council has shifted the dynamic of the town north away from the Market Square.Traders who have been allowed pitches in Bartholomew Street have doubled their takings. But most are forced to occupy the retail desert that the Market Square has become. There is planning permission already for six pitches in Northbrook Street.

The Coalition monopoly has presided complacently over significant loss of amenity in Victoria Park. The playing field and bowling green are out of action. We have cracked paths and cracks in houses. We have no toilets, no fence around the play park and a £24,000 bill for a report into the damage that we can’t see because it’s commercially sensitive!

We didn't need a hydrogeological report to tell us what's wrong with the park. We know it's the Parkway development that's caused it. For the amount of money they have squandered on reports and prevarication we could have fixed the damage and put up the railings around the toddler play area that parents wanted reinstating.

Charlie was one of the organisers of the 1500 strong petition to put the fence back around the toddler play area in Victoria Park. The petition was presented in October 2011 but rejected because it’s not current thinking in leisure planning. It would be reconsidered only if there were lots of incidents, due to a lack of a fence! So they’ll act only after preventable disaster has struck! Registered childminders tell us they are prohibited from using unfenced spaces for insurance reasons.There was a fence before the council removed it and installed new equipment, so we weren't asking for anything new, just to keep what we had!

We think it’s about time someone starts demanding answers for the people of Newbury:
As Apoliticals we have no party political baggage to prevent us from demanding full and honest disclosure to the people regarding the fiasco in Victoria Park, the politically motivated offloading of services from West Berks onto Newbury Town Council to keep the headline Council Tax rate down, and the poor management of services.

Information on reverse of leaflet 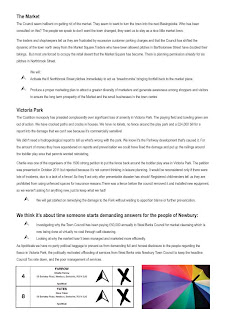 Posted by Charlie Farrow at 5:37 pm